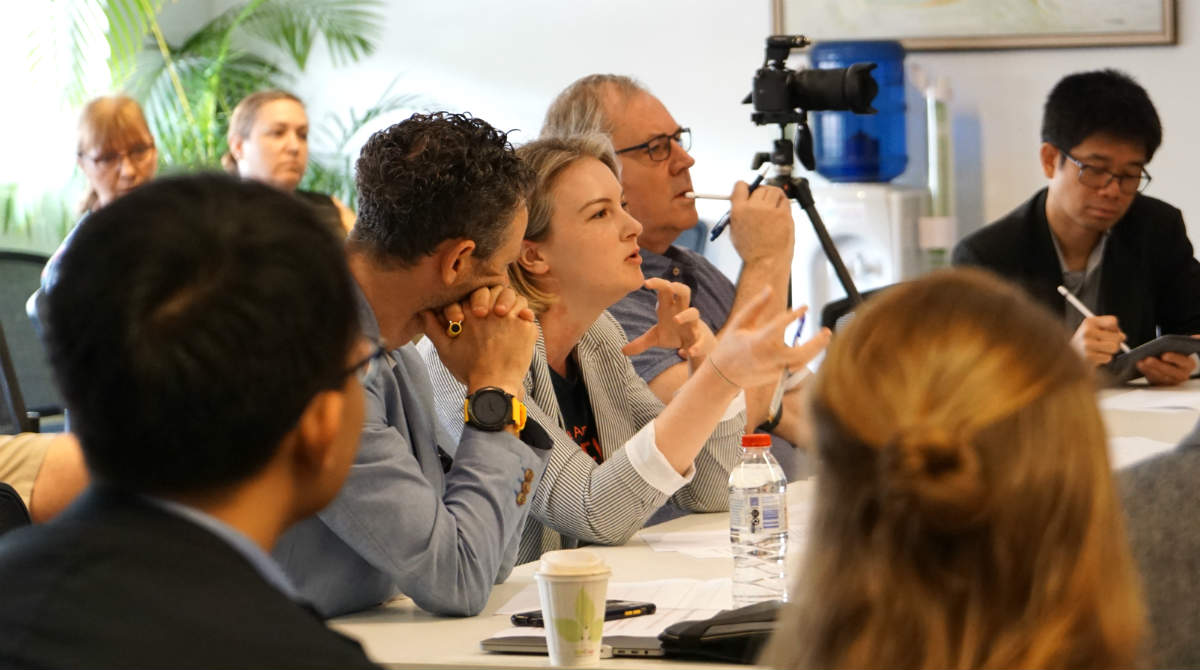 Realising that finding the right bra was the bane of most women's lives, the winning Full-time MBA team – named HoldUp – investigated the business case for making custom-fitting and receiving replacement bras easy.

The enormous market potential and ability to test their idea impressed the judges – pictured above – including Redbubble chairman and early-stage company investor Richard Cawsey.

"It seemed to me to be a good problem with a lot of disruption potential, and while a current business model doesn’t really exist, it's an easy idea to test – and if that test works out, it's very scaleable," he said.

With just five days to create a new business idea and 10 minutes to pitch to the judges, team HoldUp settled on their concept after abandoning their original idea related to the oil and gas industry halfway through the competition.

"It's interesting that the two women in our group instantly said, 'Yes, this is a problem we have. Why hasn't somebody thought of this before?'" said HoldUp team member Kim Campbell.

"We didn't know it was a problem until we talked with the women team members and conducted surveys," added Aman Gupta on behalf of HoldUp’s male team members, including Russell Kunz and Van Galman. 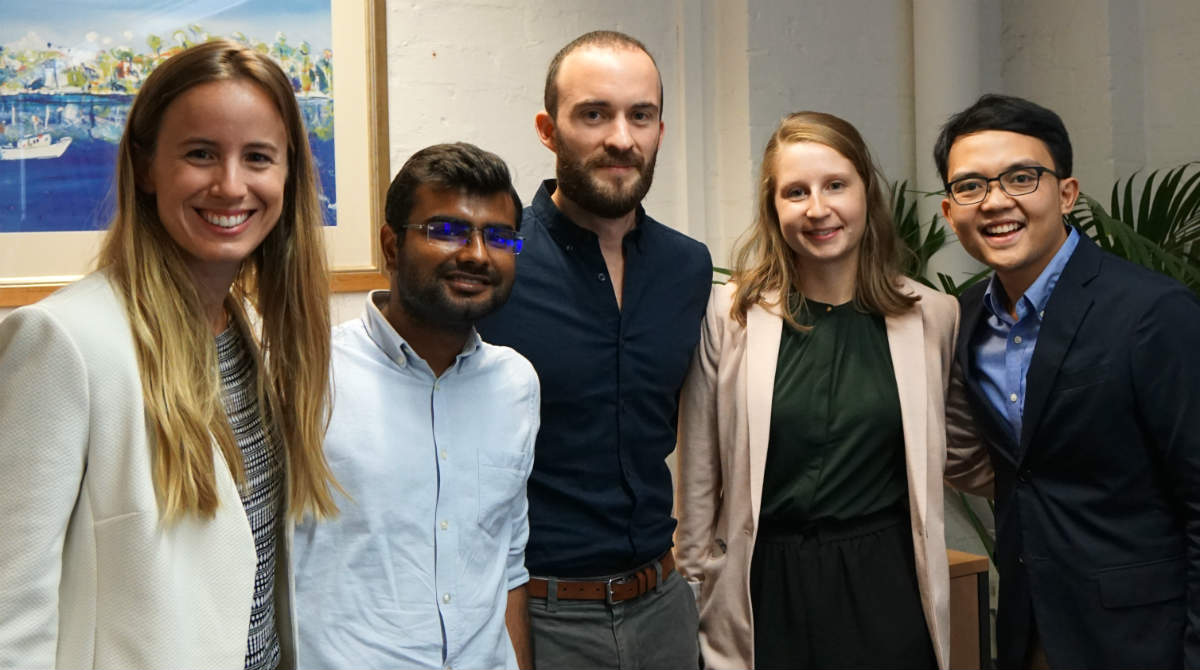 HoldUp's idea was to introduce mobile pop-up booths that allowed women to get measured for the perfect bra without having to visit a store, and potentially get a breast cancer screening at the same time.

Surveys by the team found that 40 per cent of women disliked the in-store experience of buying a bra, and a significant number failed to replace them regularly.

"If all goes well, HoldUp could end up being about changing the mindset of women – changing their behaviour and awareness for the better," said team member Caroline Beunza.

HoldUp was one of eight teams pitching new business concepts to the judging panel, which also liked Datamate's idea for giving consumers control of their personal data and the Sally team's proposal for a one-stop shop for switching telco, insurance and utility providers.

Judge Lauren Morrey – a Melbourne Business School alum and lead customer strategist at Culture Amp – was impressed by the students' willingness to take on major challenges that innovators around the world were trying to solve.

"It was really encouraging to see them take on big ideas around the commoditisation of data, including personal data. No-one has been able to provide a great experience for consumers who generate data and businesses who collect it or want access to it," she said.

Lauren said the Innovation Bootcamp was a perfect example of why the skills developed by studying an MBA were crucial for companies trying to innovate.

"When tech firms, startups and all sorts of fantastic business models are at that early stage of testing product market fit, understanding their customers, making sure that they’re not burning through all their cash, MBAs have a unique role in being able to bring teams together to work through that," she said.

"They give investors confidence, which is shown by the fact that most of the investors and people on their boards have MBAs. That financial acumen and understanding of business dynamics and markets, places them in a really strong position to drive innovation and make it succeed."