If Chinese tourists spent an extra 1 per cent in Victoria, it would add as much as $27 million to the local economy – and it could be made possible with a simple solution. 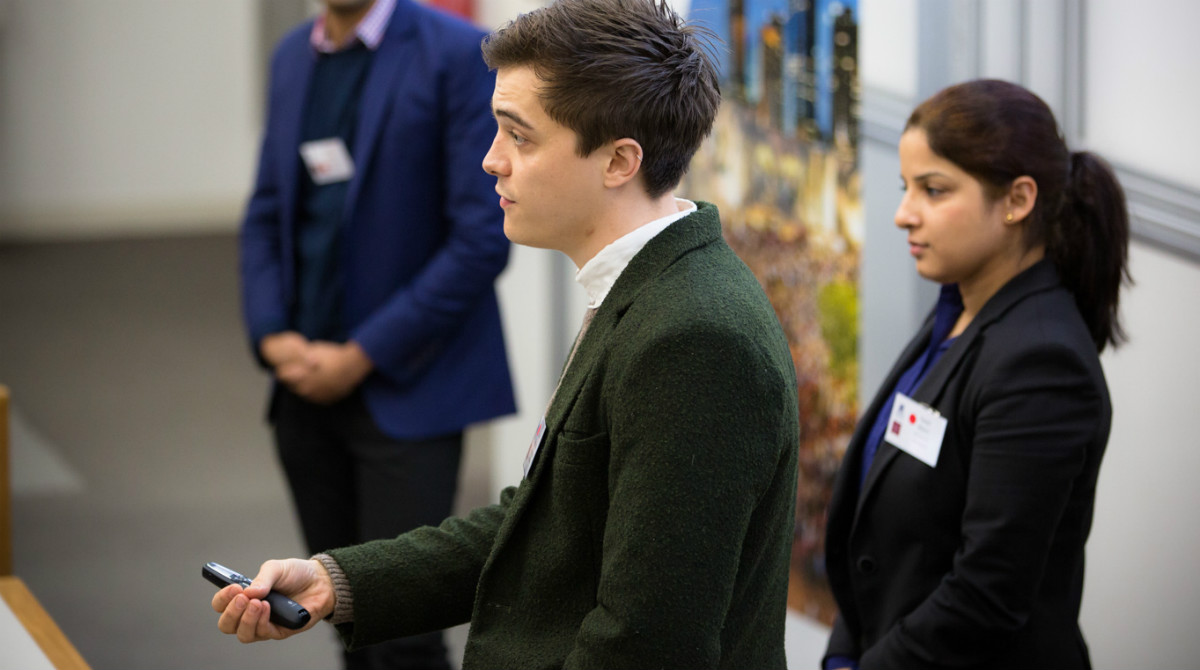 Currently Victoria’s fastest-growing source of visitors, Chinese tourists account for a third of total tourism income – but half of them are not happy shoppers and a third cite language for not recommending the destination to others, according to Tourism Research Australia.

One group of students from Melbourne Business School say those issues could easily be addressed by spending just a tenth of the price to fix basic pain points.

"Chinese travellers are a growth segment and would spend more if they could get help with translation and information on what's around them. By using technology, we can give them all they need on their mobile phones," says MBA student Ashwin George.

Ashwin, Swati Maini and Charlie MacDonald spent days grappling with the problem before realising they could solve it with a mobile app that helps remove the language barrier to local food and shopping options using QR codes and geolocation.

"We're not suggesting anything new," Swati says, "just an innovative way to bring everything together into one place to enhance the overall travel experience."

Called Travel Buddy, the app would allow Chinese tourists to walk around Melbourne with their mobile phone and receive alerts in their native language when they approach a restaurant or place of interest. The app and related infrastructure would cost about $2.6 million and take less than 12 months to roll out, according to Charlie.

"Travel Buddy replaces a tour guide with added benefits. It’s about removing barriers. We want people to feel whenever they need to ask about something, find the next shopping or off-the-grid experience, or even feel they're lost, they have the answers and help they need in their pocket."

Ashwin says Travel Buddy would also give Chinese visitors the confidence to travel beyond Melbourne and into regional Victoria.

"We also include a Visit Victoria game, which offers points and incentives to visit regional attractions and locations around Melbourne."

"The students offered a well-developed strategy and implementation plan to enhance per-visitor spend from the vital Chinese market. They've come up with a complete ready-for-action package," Mr Kennedy said.

The competition win has Charlie, a business intelligence consultant, Swati, an application specialist at the Good Guys, and Ashwin, a MyChemist pharmacy manager, wondering if their next career move might be to take the concept to market.

"It's funny when you spend so much time involved in an idea like this and develop a model for it, while also having careers," Charlie says.

"It's like, 'Do we quit and start doing this?' It would be incredible to say it happened because of this competition at Melbourne Business School."

Coming in third was David Creak for his Book That Site suggestion to use technology to help visitors from anywhere book campsites around Victoria more easily.

"The judges were impressed with the quality and diversity of solutions recommended by the other entrants," Mr Kennedy said. "The competition is a valuable opportunity for students to draw on their skill sets and focus on a live issue, vital to Victoria's export-earning tourism sector."