50 years on, Ian Dicker is still connected to his MBA classmates

One classmate became Victoria’s first female Supreme Court judge, another a senior politician and one a ‘miracle worker’. 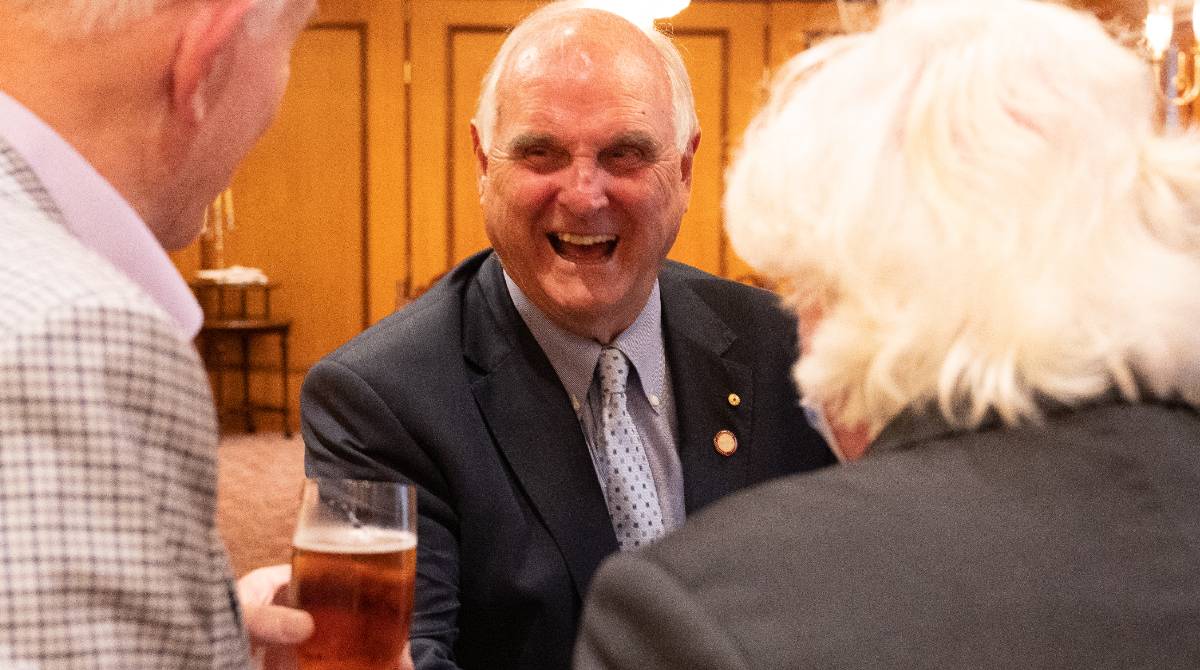 Eighty-two-year-old former Ansell CEO and Hawthorn Football Club president Ian Dicker says he forged his most enduring friendships with the people he met in the MBA Class of 1971 at Melbourne Business School.

“I don’t have one friend from school in Adelaide or from the start of my higher education at Sydney University or my commerce degree in Melbourne because I went straight back to work after lectures. But I developed significant friendships in my Full-time MBA year,” he says.

Among Mr Dicker’s MBA friends are Mark Sibree, the 77-year-old former Managing Director of financial services company Australian Unity, and Philip Martyn (pictured below), aged 79 and once dubbed a ‘miracle worker’ for improving the financial health of Catholic Family Welfare (now CatholicCare) – after performing a similar feat at the anti-poverty NGO Brotherhood of St Laurence in the 1980s. 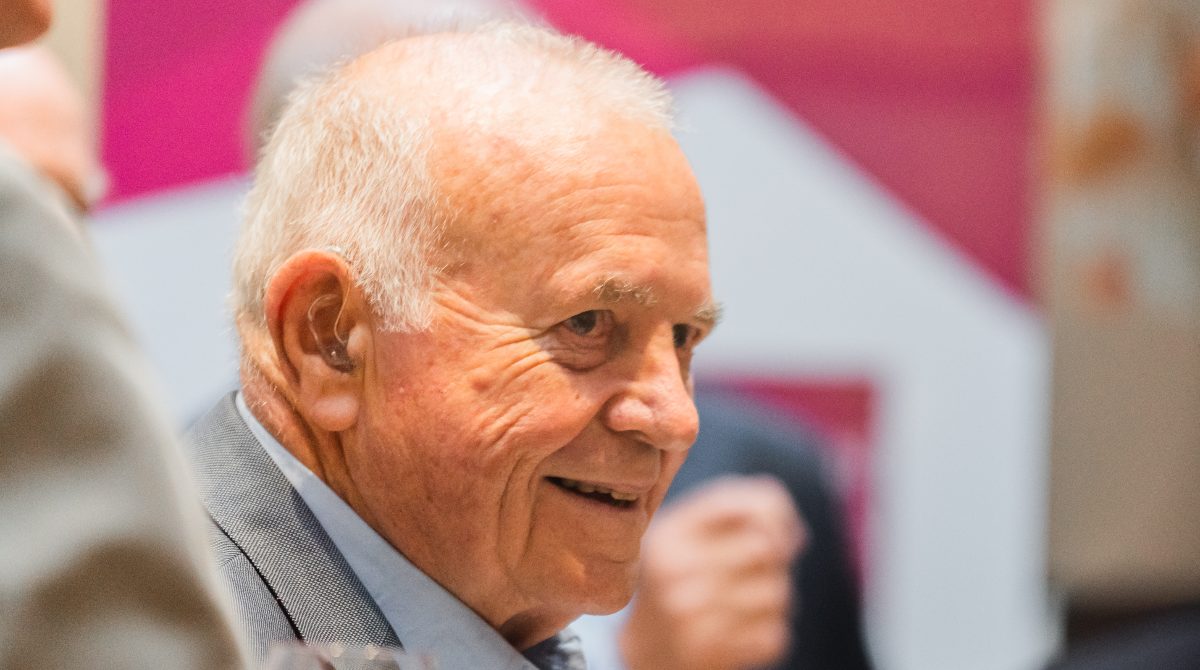 The trio were the main drivers behind last month’s Class of ‘71 reunion, held at Melbourne’s historic Athaeneum Club in a boardroom that carries the name of one of their classmates, Lindsay Moore. Like Mr Dicker, Mr Moore was a past president of the club. Mr Sibree (pictured below) remembers him well.

“He was one of my very best friends but sadly passed away three years ago. I met my wife through Lindsay. I knew Philip too and a smattering of other people, but I'd lost touch with most of the others completely and was curious to learn what happened to them.” 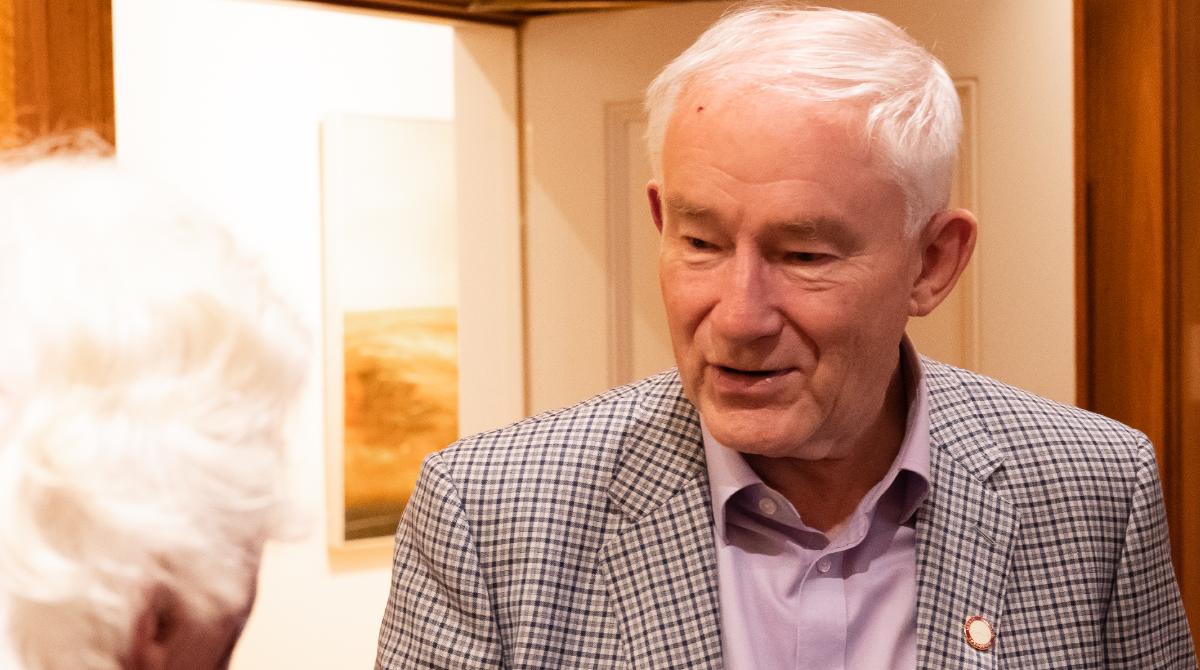 Of the 37 students who completed their MBA at Melbourne Business School in 1971 when MBAs were new to Australia, 15, now in their 70s or 80s, attended the reunion, 12 sent apologies, 10 had passed away and four couldn’t be traced.

Rosemary Balmford, who died in 2017, was the only woman in the Class of 1971 and went on to become Victoria’s first woman to sit on the Supreme Court bench. 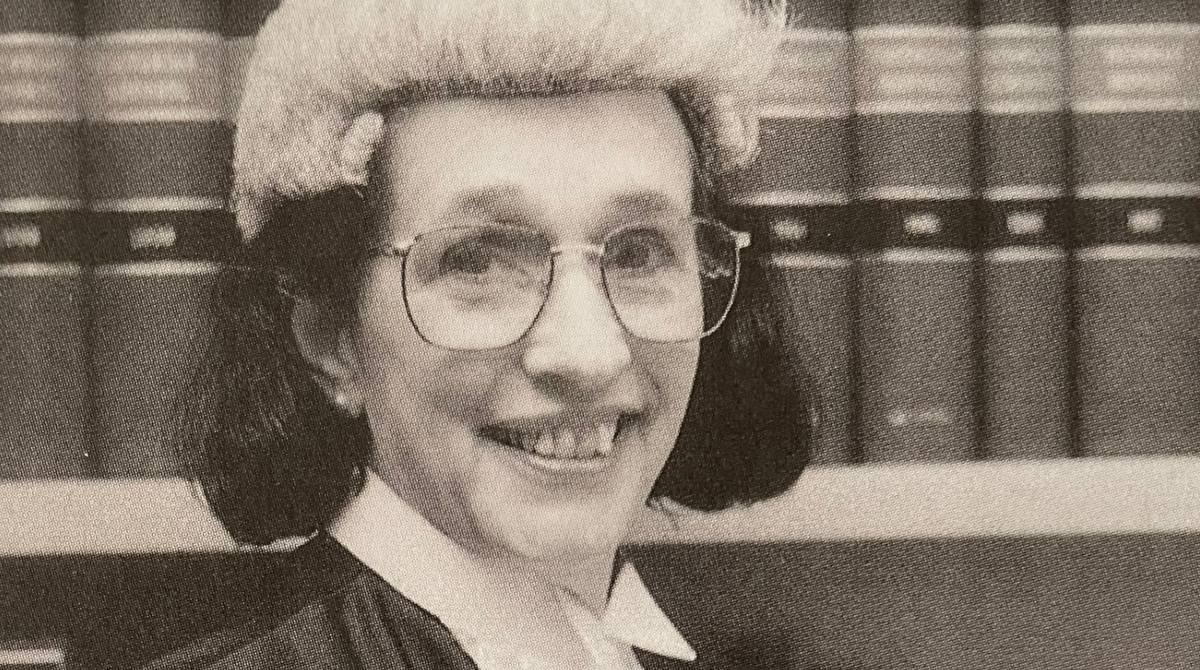 “We worked on a lot of projects together, and she and I had a lot of trouble with statistics,” Mr Martyn said. “She was outspoken, articulate and very well respected,” an assessment endorsed by Mr Sibree.

“She was very assertive, being the sole woman in class, and took no prisoners. But she was lovely, and we very much enjoyed her company and contribution. It’s a pity there weren't more like her.”

Bruce Baird (pictured below), another member of the 1971 class, found his MBA very useful for a career in politics, which he entered in the mid-1980s after several years in Australian trade commissioner roles in Germany and the US.

“The big advantage I got was when I became New South Wales Transport Minister in the government of Nick Greiner in 1988,” said Mr Baird, who from 1992 to 1994 also served as the Deputy Leader of the New South Wales Liberal Party and later a federal MP.

“I was in charge of rail, roads, ports and so on. That’s probably where I applied my MBA knowledge more than anywhere because we had to restructure a lot of organisations, and it was a major challenge.” 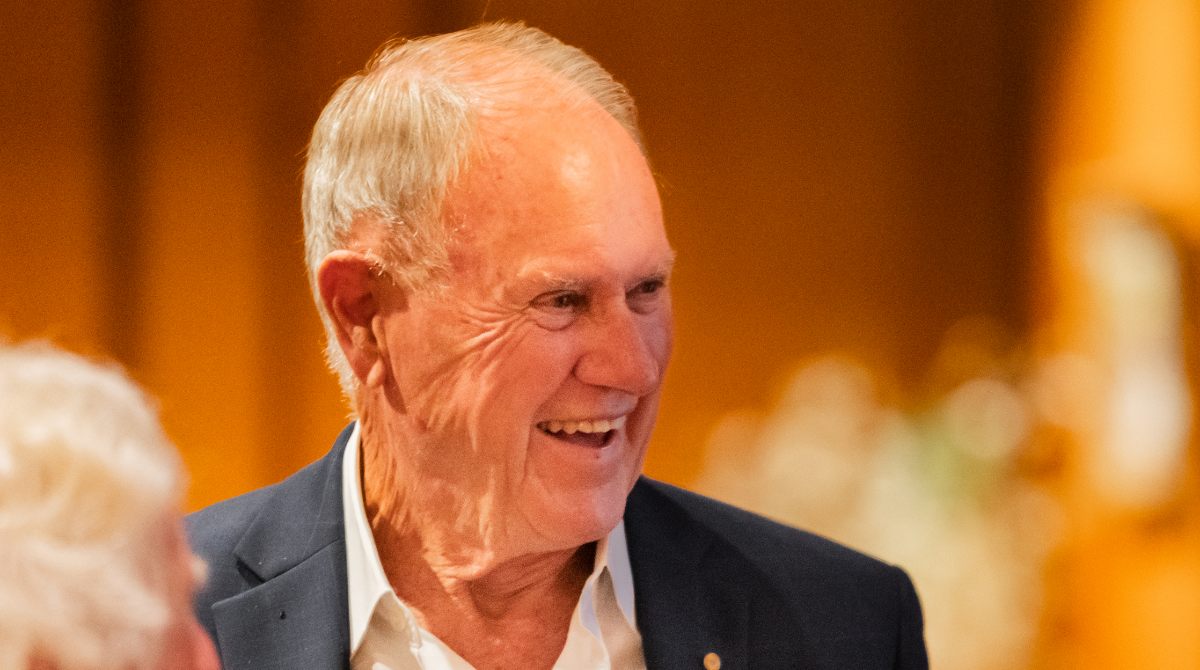 Playing to your strengths

Mr Baird also admits to having ordinary mathematical skills before his MBA, but his other talents more than compensated.

“I could write reasonably well, and that’s why I did quite well in assignments. I’d often have things I couldn’t understand properly explained to me by classmates who were engineers. Consequently, I'd get an ‘Excellent’, and they'd get an ‘Adequate’ because I could write it better than them, even though they understood it better.”

Mr Baird, who flew in from Sydney a few weeks before his 80th birthday to attend the reunion, said the night was a great success.

“Seeing the old camaraderie that was there, listening to the stories about marriages and a few break-ups, and seeing people get quite emotional about their former companies and careers, it was very special.”

The evening was also special for 75-year-old Andrew Bell (pictured below), the youngest member of the class and still a stockbroker at Bell Potter Securities.

“It was remarkable to sit around the table and have old colleagues looking at you and saying, ‘Wow, was that 50 years ago?’ It makes you dial up what was happening then, which was even more remarkable.” 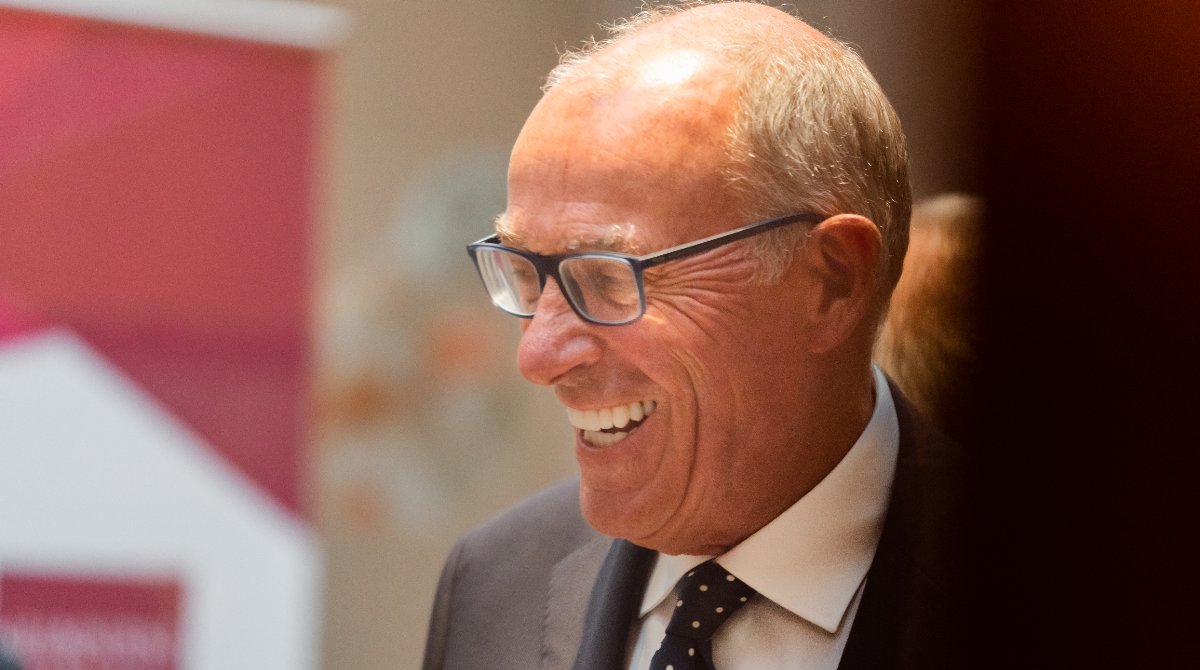 Success started in the classroom

Mr Dicker couldn’t agree more. He became the chief executive of rubber gloves maker Ansell in 1974, when it was a subsidiary of conglomerate Pacific Dunlop with annual sales of $12 million. They were $600 million when he left in 1989 and are nearly $3 billion today, while Pacific Dunlop no longer exists.

“We were the smallest, and we’re now the only surviving part of the conglomerate from that time. And because of the business school, I learned what a strategic plan was, and we developed our own strategy, which proved the right thing for us to do,” he said. 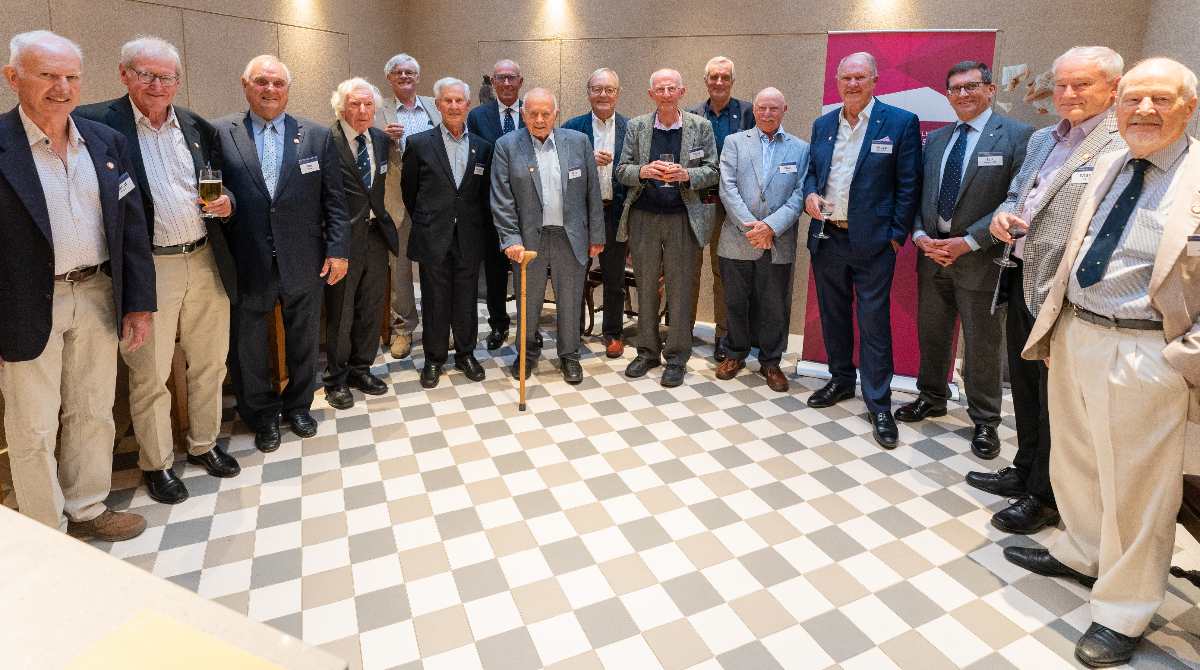